Background: Clearing stop on February 15, 2020 on the planned Tesla site in Grünheide’s Freienbrink.

Clearing stop on February 15, 2020 on the planned Tesla site in Grünheide’s Freienbrink.


Provisional approval for clearing:
On February 13, 2020, Tesla received approval from the Brandenburg State Environment Agency for the early clearing of mature pine on a timber plantation in the northern industrial area of Freienbrink. However, according to the environmental agency, this work is carried out at Tesla's own risk, since a final approval has not yet been granted. Tesla had announced, among other things, the triple reforestation with quality forest as part of the process. An RBB (Rundfunk Berlin-Brandenburg) report dated February 14, 2020 states that, if the Tesla project in Freienbrink is not approved, the investor must reforest.
Thus, the clearing on the pine plantation began on February 13, 2020 using large equipment such as harvesters.

The nearness of the growing season - March 1st - explains the rush. After that date, the clearing operation will have to postponed to autumn. Until then, any pine trees that have not been felled would hinder any construction work. The project developer Tesla started the process on December 19, 2019.

Complainants failure
One day later, a Bavarian association (VLAB) and the Green League took action against the granting of the early clearing permit by the Brandenburg State Environment Agency. Their complaints, which sought the prohibition of early clearing, were dismissed on February 14, 2020 by the administrative court in Frankfurt/Oder.

Provisional decision of the OVG Berlin-Brandenburg
The Green League then took its case to the Higher Administrative Court of Berlin-Brandenburg (OVG). On February 15, 2020, this instance provisionally ruled that the clearing should be stopped. However, the matter still had to be examined and the complaint decided upon (file number OVG 11 S 8.20).
The lawyer Dirk Teßmer from Frankfurt am Main represents the Green League. He claims that the early clearing does not meet the legal requirements for approval. There was still no opinion from the specialist authorities and environmental associations and consideration of objections from the interpretation phase of the planning documents, which was just completed.
What happens next?
The court has yet to decide. The Environment Agency of the State of Brandenburg was asked to comment on Tuesday 18.02.2020.
If the authorising agency is any indication for the approval of the Tesla plant, the provisional decision of the OVG Berlin is invalid.
The statements of the specialist authorities and environmental associations as well as the consideration of objections are available until March 5, 2020, and the objections will be discussed on March 18, 2020.

Florian Engels, government spokesman for the Brandenburg State Government, appeared relaxed on Sunday afternoon. In a post on February 16, 2020, he announced that the State Government was calmly awaiting the decision of the OVG and was anticipating a quick resolution. The Environment Agency will of course send a statement to the OVG by Tuesday.

Who are the complainants?
The non-profit association VLAB (Association for Landscape Care & Species Conservation in Bavaria eV) is regarded critically by the public because it is assumed to contradict man-made global warming. For example, the association from Bavaria is taking action against wind turbines and natural interference at home and abroad.

The Green League environmental association claims to be a network of ecological movements. It sees itself as a child of the turning point in 1989 in the GDR.
The Green League told the DPA (German press agency) they don't seek the hinder the project but to ensure compliance with existing procedures. 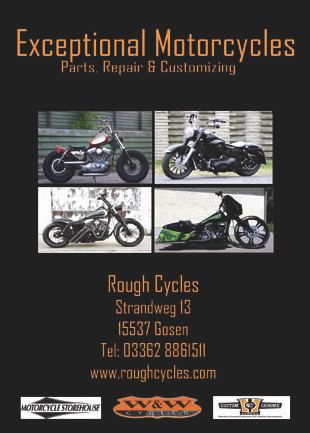